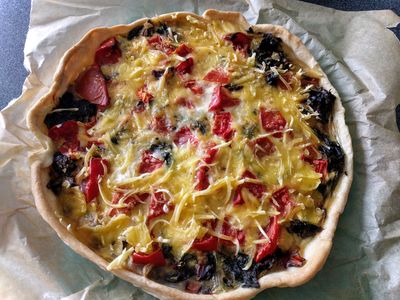 I really like making quiche as it is easy to make and can be eaten hot or cold which is convenient. In order to vary from the traditional quiche Lorraine, I decided to make a quiche with swiss chard and tomatoes. This recipe is designed for being vegan but in bracket, you will find all the alternative for having a non vegan quiche. 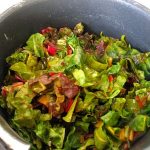 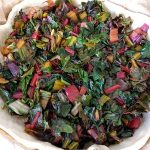 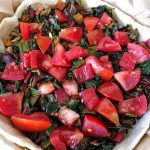 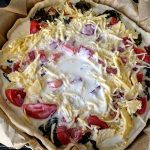 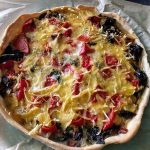 For the shortcrust dough:

How to make Dairy free quiche with swiss chard and tomatoes?

For making the shortcrust dough:

If you have a breadmaker, it is even quicker, you put all the ingredient in the machine and select the dough program

For making the vegan quiche:

The Swiss chard leaves are cooked when they are all shrunken