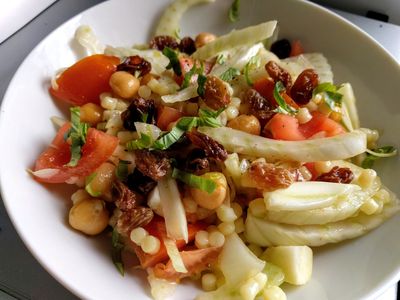 I like the flavour of the fennel but I used to eat it cooked in a soup or when I am doing my own cooking vegetables stock. But this time, I decided to try it raw and enjoy fully the taste. In order to have well-balanced flavours, I made the salad with sultanas, tomatoes, and chickpea (for the protein intake). I used giant couscous as the base. The combination was great and really summery. 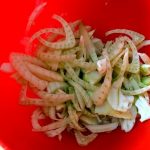 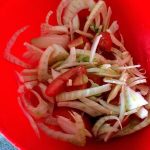 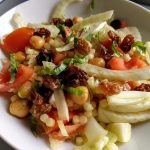 How to make a Fennel salad with tomato, chickpea, sultanas and giant couscous?

Usually, it needs to be cooked in 1.5 volume of salted boiling water and simmer for 6 to 10 minutes