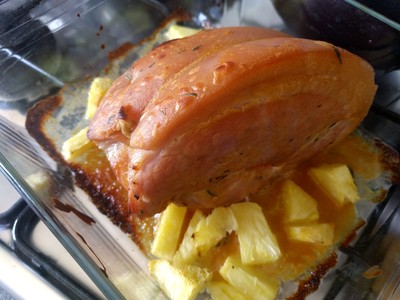 During the weekend I like to slow down and doing things that I don’t have time to do during the busy week, I think it is the same thing for most people.

One of my favourite thing to do during the weekend is going to the market for grabbing vegetables and fruits and passing by the butcher, to see if there is something appealing to eat. Last weekend, when I passed by the window I saw really appealing gammon bites, so I thought it could be nice to have it on Sunday and take a large one for having some leftover for my lunch on Monday.

I didn’t know before trying for the first time that it is pretty easy to cook and that smell wonderful at home. As I like mixing sweet and salty things, I cooked the gammon with mustard and honey; I get that inspiration from BBC recipe.

For giving a “tasty” taste to your gammon, I recommend putting a lot of dried herbs when you cook it in water (first part of the recipe). For mine, I put some dried rosemary and bay leaf, avoid cooking it with vegetable stock as it will add salt and it will be too salty at the end. 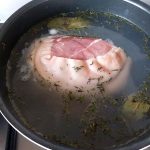 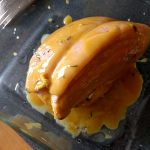 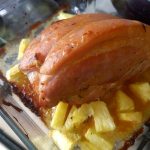 How to make honey and mustard roasted gammon?

This step can be done just before putting the gammon in the oven or the day before, all depends on the time that you can spend in your kitchen