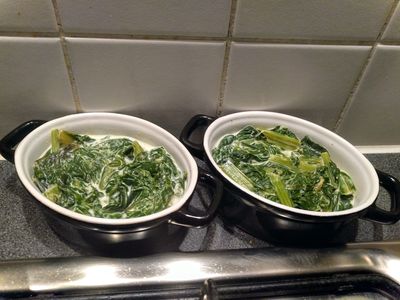 Last week in my vegetable box, I received some fresh spinach and that remind me a really old cartoon where the main character was eating spinach for giving him some strength. So, by a weird process of thinking, I decided to make a simple recipe of spinach with soya cream. A vegan recipe that could be served as a side. 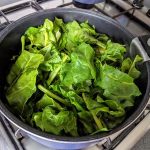 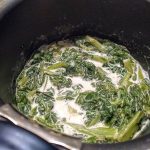 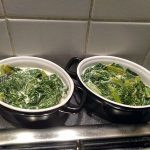 How to make spinach with soja cream?

The spinach are cooked when they are all tender, even the stem